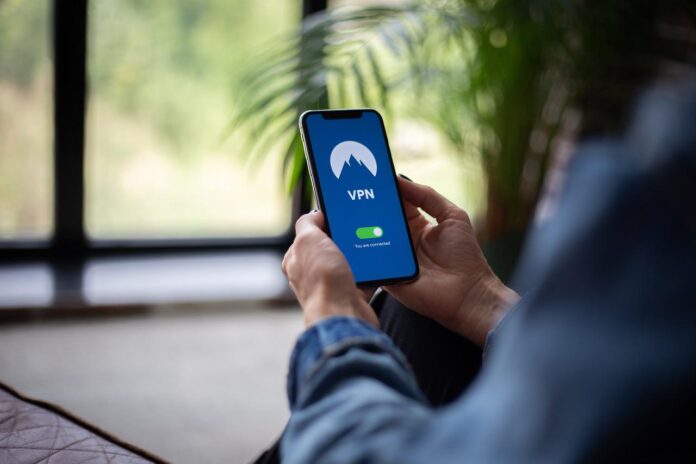 What is Dynamic Multipoint VPN (DMVPN)?

Dynamic Multipoint VPN (DMVPN) is a Cisco IOS software feature that allows users to build scalable, secure WANs without the need for expensive network devices or static IP addresses. DMVPN makes it possible to add or remove sites from the network without reconfiguring the entire infrastructure.

DMVPN also supports security features such as encryption and authentication, which can be used to protect data as it travels across the shared WAN.

What is the difference between a normal VPN and DMVPN?

With a normal VPN, you have to configure each device that you want to connect to the network. DMVPN simplifies this process by allowing you to configure all of your devices at once.

Another difference is that normal VPNs use static IP addresses for each device on the network. DMVPN gets around this by using dynamic IP addresses, which are assigned automatically when a device joins the network.

Finally, DMVPN uses mGRE (multipoint GRE) tunnels to connect all of the devices on the network. GRE tunnels allow multiple devices to share a single tunnel. This saves bandwidth and makes it easier to manage the network as a whole.

What is the difference between DMVPN and MPLS?

Read :   What Impact Will Artificial Intelligence Have on Our Daily Lives in the Future?

MPLS provides better performance and reliability than DMVPN, but it is also much more expensive. For smaller networks, DMVPN may be a more cost-effective solution.

MPLS is typically used by large organizations with mission-critical data to transport. DMVPN can be used in a variety of situations where MPLS may not be feasible or desirable.

The Cisco DMVPN is a versatile tool that can be used for many different applications.

One of the most popular uses for DMVPN is to create a secure VPN tunnel between two or more sites. This type of setup is often used by businesses that have multiple locations and need to securely connect them together.

Finally, DMVPN can also be used as a way to create a redundant network connection. This type of setup provides an extra layer of protection in case the primary connection fails. It can also help improve performance by giving users alternative paths to take if one path becomes congested.

What are the advantages of DMVPN over a static VPN?

When it comes to VPNs, there are many different options to choose from. But one type of VPN that has become increasingly popular in recent years is DMVPN. So what is DMVPN and what are its advantages over other types of VPNs?

Read :   How Technology is Changing the World of Computer Science

DMVPN (Dynamic Multipoint Virtual Private Network) is a type of VPN that allows for greater flexibility and scalability than traditional static VPNs. DMVPN uses shared IP addresses rather than assigning each site its own unique IP address. This makes it more difficult for hackers to target specific sites within the network. And because data is encrypted when it is sent over a DMVPN, it helps keep your information safe from prying eyes.

So if you’re looking for a more flexible and secure VPN option, consider using DMVPN.

How dynamic is a DMVPN?

A DMVPN is a very dynamic way to connect sites together securely. This means that if there is a change in the IP address of one of the spoke sites, or needs to be made on the hub router and no reconfiguration needs to be done on the spoke routers.

Another advantage of using a DMVPN is that security can be implemented at different levels on different kinds of traffic. For example, some data might be sent unencrypted over the tunnel while other data, such as financial information, might be encrypted.

Finally, DMVPNS are relatively easy to set up and configure compared to other types of VPNs. This makes them ideal for small-to-medium-sized businesses who want to set up a secure connection between their various locations quickly and easily.

DMVPN uses IPsec to encrypt traffic between spoke routers and the hub router. IPsec is a security protocol that provides authentication and encryption of data packets. DMVPN uses AH (Authentication Header) and ESP (Encapsulating Security Payload) protocols of IPsec for security. AH authenticates the source of the data packet and ensures that the data has not been tampered with. ESP encrypts the data payload of the packet ensuring that it can only be read by authorized devices.

Read :   How Machine Learning is Transforming the Manufacturing Industry

What is the difference between an IPv4 and an IPv6?

How to choose The Best Forex Broker In South Africa

Techwebtopic
When it comes to foreign exchange trading, it's important to consider a number of factors so that you can find the best forex broker...

iPhone Accessories You Demand for Your iPhone

Reasons to Visit an Aesthetic Clinic in 2022

Starting a Digital Marketing Agency? 5 Things You Should Know Before...

What are the very basic practices to be paid attention to...

Why Designhill is the Best Logo Design Company all over the...