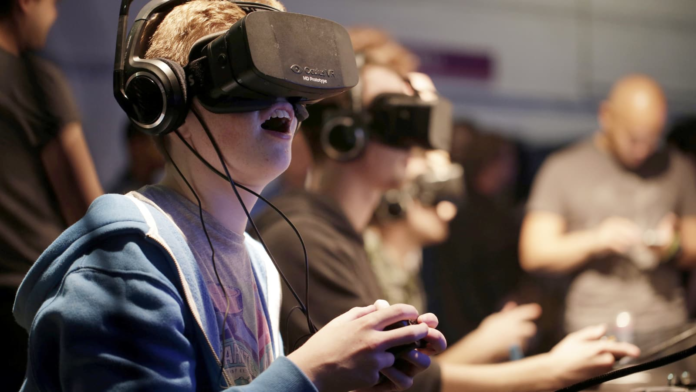 The Metaverse is more than just a virtual world you can visit with a VR headset. It’s also a set of experiences that go beyond the limits of just one way to interact. As we add augmented and extended reality to the Metaverse, it becomes hard to tell the difference between the online and offline worlds. The Metaverse makes digital experiences more real and immersive, which is kind of like teleporting people to another place. People can work together in the Metaverse’s fantasy world, which can be a lively place.

Here are some other ideas for making metaverse applications:

Huge multiverses will need a lot of computer power and a lot of computers to support them. With a chain of computers backed by blockchain and storage between multiple nodes, this can be done without crashes. Because of this strong backup, the Metaverse can’t be stopped and always works. As digital technology gets better, digital currencies are also starting to show up. These digital currencies, also called “crypto-currencies,” are used to trade in-game items and make money in games that are backed by blockchain.

Read :   Everything You Need to Know About NFT Gaming

Users can make avatars that represent them in the Metaverse and game assets with the help of NFT technology. Right now, the NFT technologies have features like transparency and trustworthiness that make sure that the NFTs are who they say they are and that the transfer of ownership is safe.

The 3D technology should give users a fully immersive experience and be built with great graphics. If the graphics aren’t very good, the user won’t feel like they’re in the real world. With the help of AR, VR, and XR, users can have a more immersive Metaverse experience as a whole.

Mark Zuckerberg, who made Meta, describes the Metaverse as a place where people can talk to each other in virtual spaces without actually going there. In Pokemon Go, the world was a mix of the real world and a virtual one. Users could interact with things in the real world that were virtual. Some of the same things will be in his future projects, but they will look better. Tech fans are fascinated by how AR, VR, and XR are used, and the idea behind them has already taken the gaming world by storm.

AI is an important piece of technology that is needed to build a metaverse. AI has the power to improve the way that living things work in virtual worlds. Its job is to improve some of the technical parts or frames of the Metaverse, like Alexa and Siri-style voice translators and recognizers that can talk to each other in real time.

The Metaverse can’t be built without a much faster network, that’s for sure. For the user to be able to send and receive high-resolution audio and video files, the internet connection should be fast. No generation is ready for the fifth generation of mobile networks, but 5-G can help the Metaverse work.

How to Make Your Own Metaverse Game World

Pick the right use case or theme for your virtual game to be based on in the Metaverse. Metaverse can be used in many places, like schools, the military, hospitals, banks, and more. You can choose the virtual metaverse game based on how much it costs and who it is for.

The architecture, user flow, and user interface of the metaverse gaming virtual world are all planned out. This is what they get paid to do as UX/UI designers. They will make a first version of the model and send it to the user so that it can be improved.

At this point, the code for the virtual gaming world called the metaverse starts to be written. Payment gateways and liquidity pools are also added as front-end and back-end services.

By checking the smart contracts, bugs in the app can be found and fixed. The app’s prototype is turned into the final product after it has been tested.

Services for setting up and getting help

The product is put on local or cloud servers, and support services are still available even after the app has been released.

Read :   Four areas of your Life that Require a Technological Upgrade

Even if you just want to take the first steps, it’s best to talk to people who have made metaverse games before. It seems likely that the metaverse craze will keep growing, so companies should set up their metaverse stores as soon as possible. The metaverse game development world is still very young, but it is growing quickly because blockchain technology and 3D building are always getting better. Well-known Metaverse platforms, such as Decentraland, show how important Metaverse is for investments.

The Metaverse is a new step forward in the world of technology and a change in how people get their information. So, the Internet as we know it will change in the future.

Hi, I am Marry, I’m a writer and a blogger. I have written many articles on different niches including blockchain development, metaverse game development, digital marketing, business, and finance.

How To Boost Your TikTok Followers and Get More Likes

admin
Tiktok is a social media platform that allows users to record videos and share them with their followers. But when you're only starting out,...

5 Tips to Help You Choose the Best Business Cloud Service

What are the reasons to choose QuickBooks cloud hosting for business...

Why do Even Small Businesses Need a Server?