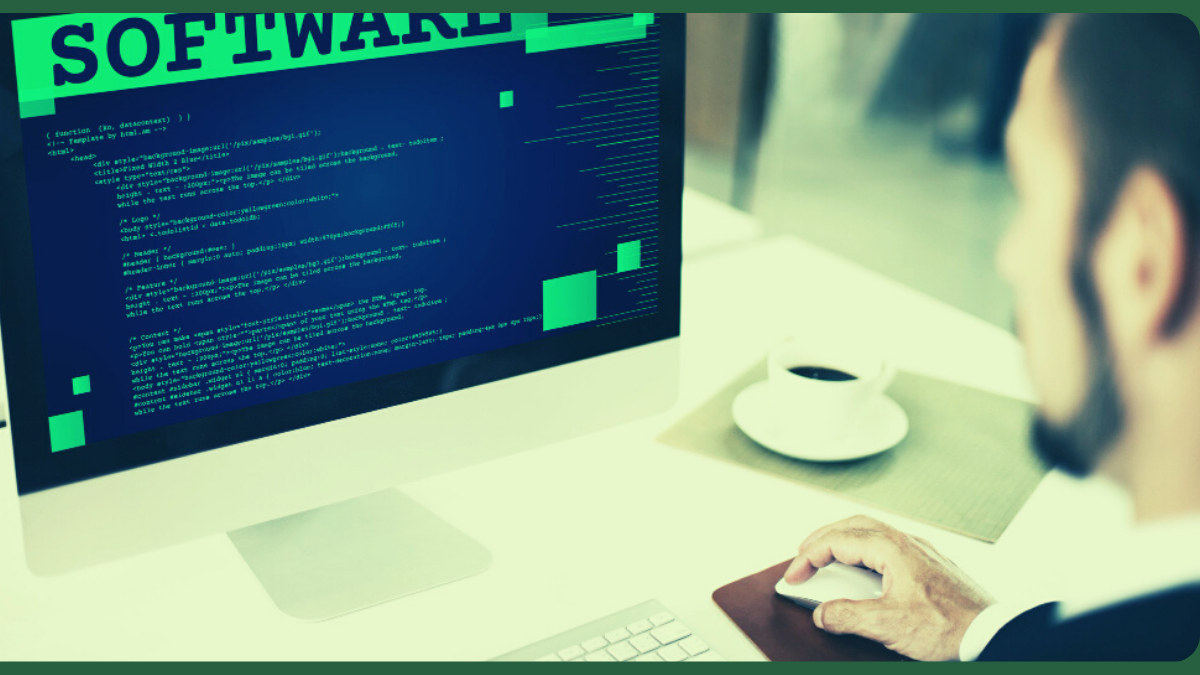 Summary: A detailed article focusing on the definition of the system software, its requirement and purpose, characteristics, types, and common examples.

With a business application requirement, companies are moving forward for robust software development to fulfill their business requirements. However, while searching for solutions, individuals are introduced to the terms, such as system software and application software. Therefore, it is crucial to know these two types of software in detail.

However, there are minimal online resources that focus on the system software, so we researched and gathered the essential details. By reading further, you will understand the meaning of system software, its purpose, features, types, and examples.

Now, let’s move further and read about it thoroughly.

Let’s understand what is System Software?

System Software is a program written in a low-level language, which works as a primary agent between a computer system’s software and hardware assets. The most common example of system software is an Operating System, such as Windows, Linux, and macOS. Operating System installed on the machine allows the user to send instructions to the central processing unit through its interface, and then the required task is performed.

In addition, this software is the basic need of any machine to work efficiently, and it ensures straightforward functioning and performance of the device. Both computer systems and mobile devices run on system software, which comes pre-installed from the vendor. Moreover, end-users can download, install, configure, and run multiple application software due to this software.

What is the Purpose of System Software?

Below listed are some of the significant purposes of system software:

In addition, it is responsible for maintaining a connection between system apps and users and managing the security, memory, processor, and input-output streams. It comes pre-installed on the machine and can be modified according to the processor, RAM, ROM, and Graphics compatibility.

A firmware is a computer program stored in the non-volatile memory space, usually found embedded on the motherboard, and remains permanently without any need for power. Its essential function is to hold the system boot instructions and settings of electronic devices attached to a computer through input-output ports. Moreover, it is not possible by any end-user to legitimately modify, manipulate and delete the code written for firmware system software.

In addition, it is necessary to update the firmware of your device, as it assures the effective and proficient functioning of applications, operating systems, and connected hardware assets.

Basic Input Output System and the Unified Extended Firmware Software is the first system software to start when the device is turned on. It is also an exclusive element catering to maintaining the performance by allowing data to travel between the operating system and other components flawlessly.

Besides this, BIOS is installed and configured by the manufacturer to pull important updates whenever a bug is identified, and data confidentiality is at risk. UEFI is the updated version of traditional BIOS, integrated into new upcoming devices, as it can handle disk partitions up to 2 terabytes. In addition, boot speed is optimized along with practical system and power management.

Read :   How Software Development And Consulting Company Assists Your Business

Drivers are small programs; whose purpose is to enable users to control the hardware devices and applications installed on the computing system. Any device, such as a printer, monitor, mouse, keyboard, speakers, scanner and joystick, and many more, requires a driver to get installed and to access system resources. Moreover, these drives convert the human-readable instructions into the machine language and allow the device to process every task efficiently.

Utility software is installed to maintain the interface’s data flow between application software and the end-user. The primary objective of these solutions is to configure, assess and optimize the system’s speed and functioning. Some of the core operations of utilities include memory management, customization of desktops, deletion of files, data storage and organizing, file recovery, and edge-to-edge security.

Most applications written in high-level programming languages, such as Java, C++, Python, and C, are accessed by users to interact with computers. And to covert the command in a high-level language to machine language. The main objective of this system software is to improve communication between the device and the application generated with multiple programming languages and to deliver appropriate output to the user.

All the system software is a vital component of any computer system, and it is essential to know its features to get in-depth knowledge about the internal functioning.

System software is always faster than any other application, as it is directly linked with the processor and RAM. Its speed enables the user to benefit effectively from the cutting-edge processor cores and threads. Also, the user must install the latest version of drivers and utility software to maximize the potential of your device.

Programs produced using low-level languages are effortlessly understood and processed by the CPU. With this, time to convert the high-level language to machine languages is terminated, and performance is enhanced. Moreover, it eliminates the need for any compiler or interpreter, consuming less memory on the hard disk.

Due to the robust architecture of the system software, it becomes compatible with a simple application to an advanced software with complex APIs and technologies integrated with it. It can uphold the additional requirements of application software to process each task impeccably.

Read :   Are You Looking For The Best Crestron Service Provider?

Utility software, device drivers, compilers, and translators are produced using low-level languages that are challenging to learn and comprise a complex security structure. It disables the users to access the code and tailor it for personal purposes. In addition, manufacturers are the only authorized authority to access these solutions to prevent illegitimate actions.

There is no need for any particular compiler and interpreter between the device and system software, as both are compatible in understanding the instructions being executed and in the queue. As a result, it consumes less space and machine resources.

It is the primary agent between the system applications and hardware devices plugged into the computer. This software is constructed to understand the command forwarded by the end-user through the app interface and transmit it to the processor to allow a required element to perform the requested operation.

Several types of system software are available, installed, and configured on our computer system. Most of them are classified under the below-listed categories. By reviewing the system software classification, you will recognize a system software from application software. Now, let’s have a look at some examples.

Moreover, an individual should know the essentials of the system software, as it can aid in knowing the errors and troubleshooting the system effectively.

Are You Looking For The Best Crestron Service Provider?

How Does Test Automation Allow to Increase Test Coverage?

admin - March 11, 2022
Almost every modern-day business leverage analytics in some way or the other. The ability to drive effective decision making and augment the organization's growth...

8 Ways How Business Owners Can Make Their Website More Secure

How to stay fit by the young generation

6 Practical Techniques to Get Your Business Noticed in Local Market