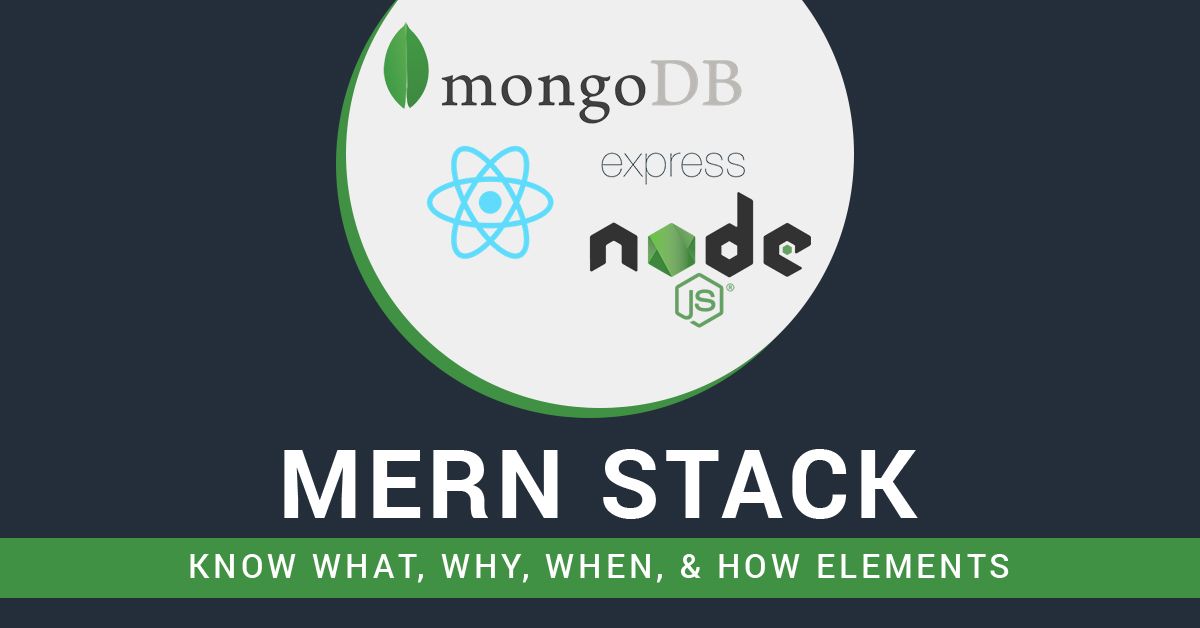 The technology stack must contain the right mix of the programming languages, frameworks, tools, and infrastructure required to build and run the web application.

What is the MERN stack?

Read :   What's New in Android 12 and Why Should You Create an App

The front-end JS library is known for building intuitive and high-performance user interfaces. The declarative views enable elite MERN stack application developers to design simple views for each state and get the components auto-updated when data changes.

The MERN stack developers build complex UIs by composing the encapsulated components development with state self-management capability. The data is passed through the app while keeping the state out of the DOM because component logic is written using JS.

The JS runtime built on the top of Chrome’s V8 JS engine runs on various platforms using JS on the server. The open-source platform is used by dedicated developers to create dynamic content for web pages, modify data in the database, gather form data, and manage files on the server.

Node.JS’ single-threaded nature makes it great to use for non-blocking, event-driven servers.

Why use the MERN stack?

There are multiple reasons behind using MERN stack technologies over other stacks by experienced developers. Let’s discuss them.

A couple of benefits have made MERN stack technologies- a choice of top developers, and they like to move forward using the stack. As an entrepreneur, if you are interested in MERN Stack development, don’t hang fire to Hire MERN Stack Developers.

How Does the MERN stack work?

The rookie programmer looking to build apps using MERN stack technologies are often stuck with one question- How MERN stack works. The experienced engineers find glitches at some point. The section will explain the underlying architecture of MERN and how it works.

The user interacts with the mobile application or website using the front-end from their browser. React.JS UI components make an API call to the backend to fetch the data. The asynchronous nature of Node.JS makes the data fetching process slow, so animated loading is displayed to the users.

The app’s backend that’s Express.JS running on the top of Node.JS looks at the point that’s hit and executes the controller function to collect database from MongoDB database and then return the data in JSON format.

After the JSON data retrieval in React UI, the state updated and fetched data displayed to the app’s frontend. When the state is updated, the animated loading is replaced with the content that the user has requested.

When to use the MERN stack?

MERN stack technologies are popular to develop all types of apps. It’s considered an ideal choice for cloud-based projects where dynamic pages and intensive JSON are required.

Read :   How do you build a React Native app for production?

The right technology stack selection, followed by the in-depth knowledge of various tech stacks to check if they meet your project needs. The complete guide has helped you know the MERN stack from in and out.

MERN stack- the well-famed tech stack has scored high popularity because of its capability to build the modern dynamic applications that users need. If your next business project requires enough expertise and experience in MERN stack development, and you don’t have the talent across the board, hire remote developers to meet your web and mobile app development needs and launch the application in reduced time.

Bio: Ashish Parmar is the CEO of Prismetric, A trusted Software Development Company. An enthusiastic entrepreneur, interested to discuss new app ideas, rich gadget tricks and trends, and admires signature tech business styles to readily embrace. He enjoys learning modern app crafting methods, exploring smart technologies and passionate about writing his thoughts too. Inventions related to mobile and software technology inspire Ashish and he likes to inspire the like-minded community through the finesse of his work.

Techwebtopic
Technology has come a long way since its early years. Now, technology has evolved into something useful for everyone, including businesses. No matter your...

What Is A Brand Marketing Agency?

Why Field Promax is the Best Choice for Your Electrical Service...

7 Tips for Someone Looking to Scale up Their Business