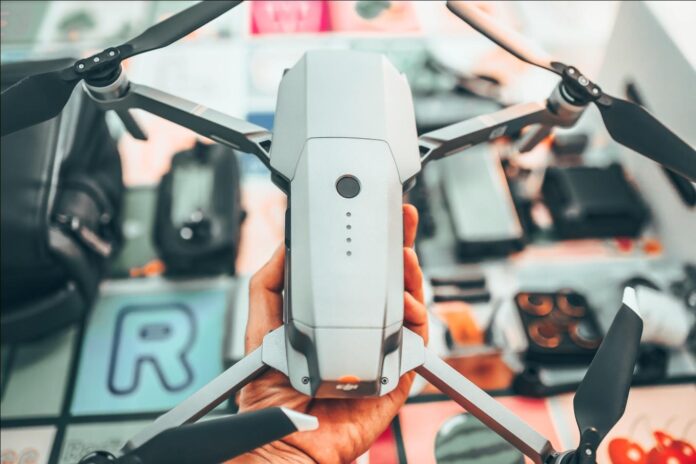 Drones have become extremely popular these days, with every kid and adult fascinated by the machine and its inner workings. It has become quite important for people in robotics to learn about drone programming as well.

If you are the same and have been wondering what programming language drones use if you could program them yourself, and much more, then you have come to the right place.

There has been a considerable absence of learning tools and structured guides that teach you how to learn drone programming. We have come up with this detailed guide of everything you need to know as a beginner to get started.

Drone programming is not as challenging as it sounds. It only involves a slight learning curve, and once you understand the basics of it, it will be all the easier. People with a prior understanding of programming and its basic concepts can quickly create their program for their drone and get started.

But of course, beginners need to start somewhere as well. Hence, we compiled this guide to help such individuals understand how they can begin drone programming.

Can You Program Drones from Scratch?

Drones already come with the basic programming that lets you control them through an app or remote control. However, the real question is whether or not there is a way to program drones from scratch so that you can have more control over them and allow them to carry out specific functions.

The answer is yes. Drones are programmable from scratch. However, it is essential to understand that not all drones are this way. Most drones already come pre-programmed, so you can only fly and control them. But some specific models allow end-users to carry out programming functions independently.

These are primarily designed for educational purposes so that young individuals can learn about drone programming, such as at the online coding classes for kids at Wevun Global. Those looking to develop their own programs for drones can go one step further and get DIY drone kits. There are a plethora of such kits available in the market.

What Languages Are Used for Drone Programming?

When you delve into drone programming, the first thing you need to understand is the languages used to program the drone since this is the primary mode of communication with the machine.

The two main types of languages used are low-level and high-level programming. Here’s more about them.

This type is primarily focused on controlling the firmware of the drone. These include the hardware components of the drone, including the motor, battery, propellers, etc. The drone’s firmware allows all essential functions to be carried out and ensures that it uses all of its different components.

You will need to learn C+ and C++ primary languages in this type of programming. These might not be the easiest to learn, but once you get the hang of it, you will be able to program the drone easily.

This type of language predominantly deals with the applications of the drone. These machines are already an API that responds to our commands, so we need to determine how to send those commands to them. This is where high-level programming becomes useful.

Hence, it does not deal with the technicalities relating to the firmware that low-level programming does. It will work with the firmware, but it does not require such complexities. We just need to figure out a way to make the drone understand its instructions.

High-level programming involves the use of languages like Python and Java.

How to Start Drone Programming

As mentioned earlier, the first thing you must do is learn the basics of coding and the high-level and low-level programming languages used specifically for drones. You can also enroll in a coding boot camp for beginners offered by Wevun Global that will teach you everything you need to know.

After this, you must get a programmable drone. These drones come with a software development kit (SDK) or an application programming interface (API). Additionally, most already come with their own firmware, so there’s no need to learn low-level programming in detail.

Drone programming is quite easy when you already know the programming languages and codes used to send out instructions. If you are unfamiliar with these languages, consider getting an online course on the basics of coding from Wevun Global. We also offer drone programming courses, so visit our website today to learn more!

Read :   What are the Advantages of Online Courses for Your Career?

What is ITIL 4 Certification and Why is It Important?

What are the Advantages of Online Courses for Your Career?

What qualifications do I need to be a live sound engineer?

8 Ways to Better Your Communication Skills

5 Reasons Tech Management is Important to the Business World

admin - October 4, 2022
While the world of technology can seem like a mysterious and complex place, it is pretty straightforward. This industry has many roles, and unique...

Surface Dock Is The Perfect Solution For Power And Connectivity On...

Top 5 B2B WooCommerce plugins to watch for in 2022

The Importance of eCommerce for Your Business in 2022

The Most Important Soft Skill That Will Help You Succeed In...

6 Qualities an SEO Expert Should Have