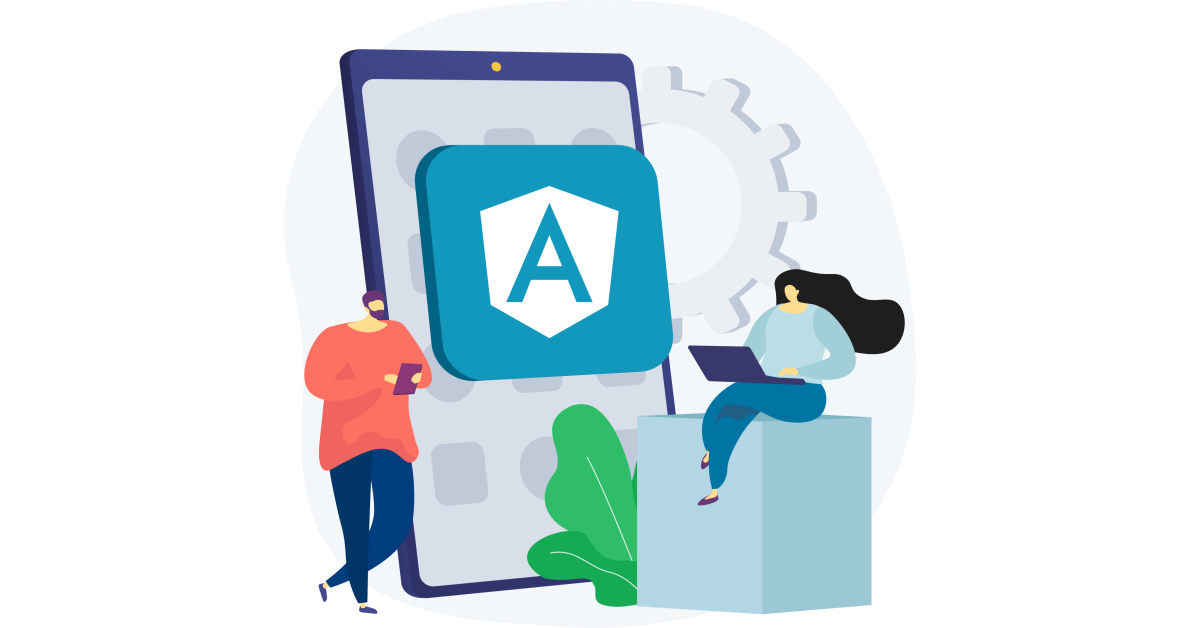 According to Statista, Angular holds a position among the top 4 frameworks in terms of market share. It is sufficient to convey the importance and the popularity of the AngularJS framework in the web development industry. And it’s growing with time.

Since it is backed by Google, developers globally prefer to develop apps with Angular. If you have an idea and are looking forward to making an app out of it, then choose no other framework than Angular. In order to get your app developed, you’ll require dedicated Angular developers. Hiring Angular developers is a bit tricky. But you don’t have to worry when we are here for you!

In this blog, you will find all the things that you should know for hiring experienced Angular developers.

Before hiring Angular developers, know what skills they should possess and what they do precisely.

What does an Angular Developer do?

Angular has gained a lot of popularity because it provides an easy way to create reusable components and modules. It helps developers to code in a very declarative manner, and it also assists them in organizing their workflow and designing their applications. Following is the list of skills an angular developer should have:

CLI is an abbreviation of Command Line Interface. Before anything else, Angular developers should install it with Node Package Manager (NPM). Writing codes manually is a time-consuming process and prone to errors; hence, CLI is used. It speeds up the development process and ensures that your code/app is confirming best practices.

Angular development is a lengthy and challenging task. Java tools make the process simpler. Depending upon the project requirement, Angular developers must use these Java tools to automate monotonous tasks and Fastrack the development process. Hence, a developer must know how to use these tools. Following are the frequently used JavaScript tools:

It is one of the most desirable skills. Angular developers should have. There are several testing methods available; Angular developers must know most of them, if not all. This skill will help you to get bug-free Angular apps with the best user experience. It’s good if a developer is acquainted with testing tools/frameworks such as Karma, Jasmine, and Protractor.

Angular version control is a skill used by developers to manage the changes and updates of their applications. It is used to create a unified code base for one application across multiple projects. Some developers use git and SVN, but most of them prefer to use Angular’s own version control system called Angular CLI. One can also use Version Control systems (VCS) such as AWS Beanstalk, HelixCore, and AWS CodeCommit.

Angular developers are responsible for developing the front end of an application. It is this part that interacts with the users. So, they must know how to make it responsive, interactive, and user-friendly so it gets fit to any screen resolution.

The demand for Angular developers is on the rise, and so is the cost of hiring. That is why, before hiring Angular developers, you need to decide the model of hiring. We advise you to take this decision considering your budget and the nature of your project. Each of these models offers certain flexibility, read it and decide what suits your requirements.

Following are the three models for hiring developers:

Hiring full-time Angular developers is an ideal option. Generally, when your project is on a long-term basis, and your budget is reasonable, then you can opt for this model. The best thing is you can easily track the activities of a developer, and this model of engagement would be profitable in the long term.

Freelancers are individuals; they handle every aspect of your project single-handedly. So, it takes relatively more time to complete the project. In case you are not in a hurry and your project is small, then you should opt for this model. Freelance developers are the cheapest among all, but sometimes they miss deadlines.

In this model, you hire resources from outsourcing companies and charge you an hourly basis. This model is the best option for developing your Angular app since you don’t have to manage resources, and the responsibility for results lies in the outsourcing company.

Hiring is a strategic process. Though it is not a part of core development activities, it can still make or break your Angular app development project. The process is explained step-by-step in the below section:

Read :   Tips on How to Avoid Fooled by Ecommerce Developer

Before starting the hiring process, it is imperative to know and document the goals and objectives of the project. On the basis of this document, the desirable skill and model for hiring an Angular coder is determined.

The hiring model is determined on the basis of project budget and project tenure; for a long-term project, we prefer in-house resources and freelancers for a short-term project. But, you choose outsourcing companies in both scenarios.

No matter what engagement model you choose, a job description is necessary. Compile this document carefully and ensure all the requirements are clearly mentioned. The following are things a job description consists of:

Sourcing Angular developers refer to out-reaching. Communicate with the candidates and ask them for a CV. If the experience and skills suit your requirements, then shortlist them. Create a separate list of shortlisted candidates and interview them one by one.

EnProwess, is a well-known offshore web development company with a team of experienced front-end developers. There is no match for our expertise at such a reasonable cost.

Getting Started: The Easiest Way to Set Up an LLC in...

admin
Forming a limited liability company (LLC) in Texas is a great way to protect your personal and business assets from creditors and legal liability....

Everything You Need to Know About Oracle Support Services

5 Ways Solar Power Can Be Used in Public Spaces

Developing a SaaS product? Everything you need to know to get...