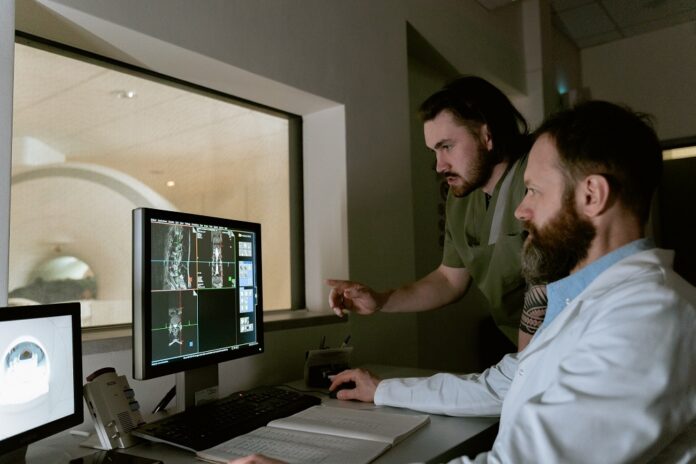 Epilepsy is a non-communicable chronic condition that impacts an individual’s normal way of functioning. Often, this condition causes seizures and other severe symptoms, leading to life-threatening effects in some cases. A World Health Organization (WHO) report indicates that epilepsy is the most prevalent neurological condition affecting nearly 50 million individuals globally.

The condition is largely widespread among youngsters aged below five years old. Additionally, it’s prevalent in less developed and developing countries where stigmatization is high for such health conditions. However, the advancement in technology is assisting doctors in changing this narrative by being able to detect epileptic seizures rapidly. Besides therapy and medications, technological innovations are also helping caregivers to detect seizures rapidly and take prompt preventive measures.

Healthcare research companies and organizations have developed various devices that assist parents with epileptic children and other individuals with the same condition. These devices have in-built capabilities to monitor and track seizures.

The VNS is also popularly known as a brain pacemaker. VNS is a technological innovation researchers discovered that is intended to treat partial seizures if an individual fails to respond positively to medications. This therapeutic device that stimulates the vagus nerve is often positioned underneath the skin close to the neck. Once it’s in place, a wire is connected to the vagus nerve found in the neck.

Read :   What Impact Will Artificial Intelligence Have on Our Daily Lives in the Future?

The VNS therapy device functions as a neuromodulator that alters how the human brain cells function. These alterations usually result from the electrical stimulations in the part of the human brain responsible for causing seizures.

Research demonstrates that through VNS therapy, doctors can enhance blood flow in this part of the brain. Moreover, VNS therapy helps raise levels of neurotransmitters responsible for controlling seizures. Furthermore, VNS therapy is particularly critical in controlling electroencephalogram (EEG) patterns of an individual’s brain. Ultimately, this plays a pivotal role in assisting doctors in rapidly detecting and managing seizures.

2. The Use of Wearable Devices to Detect Seizures

Nowadays, wearable devices, including bracelets and EEG headsets, assist doctors in detecting seizures quickly among patients. Wearable devices like the MedicAlert bracelet are crucial for individuals who have epilepsy. The bracelet enables emergency caregivers to recognize an individual with epilepsy and respond promptly and rapidly.

There are several innovative seizure alert devices, including conventional metal bracelets and silicone bracelets. Some individuals also use wearable dog-tag style necklaces with a note that reads ‘epilepsy.’ These wearable devices can also direct emergency caregivers to a wallet card indicating an individual’s medication record.

A few companies producing these wearable devices, including America Medical ID, integrate a customized number and web page for care providers to go to. Often, the web page contains a medical file of the individual wearing a specific bracelet. Ultimately, this enables doctors to quickly access medication records and health information to assist an epileptic person get prompt medical care.

3. The Use of Smart Watches to Detect Seizures

The other way technology is helping doctors quickly detect seizures among patients is through the use of smartwatches. Today’s innovative smart watches have in-built capabilities of detecting movements that may show when an individual is about to experience a seizure. Often, a smartwatch comes with various unique features that aid seizure detection. For instance, most can send a message to a healthcare provider with the patient’s GPS location.

A great example of a smartwatch that helps detect seizures is the Embrace smartwatch, which a person can wear on the ankle or wrist. The high-tech smartwatch can detect involuntary movements and immediately notify a doctor when an individual is about to experience a seizure. The other excellent alternative is the SmartMonitor smartwatch, which can send seizure notifications to doctors alongside a GPS location of the patient.

4. The Use of Mattress Devices and Anti-suffocation Pillows

Nowadays, caregivers can place mattress devices underneath an epileptic person’s mattresses to monitor for seizures. Whenever the individual is about to experience a seizure, the involuntary movements causing vibrations will trigger an alarm alerting caregivers. The Emfit MM sleep monitor and the Medpage movement alarm are excellent examples of mattress devices. These seizure detection devices can provide parents peace of mind if they have a young one who may experience a seizure at night without their knowledge.

Equally, there are anti-suffocation pillows that can help doctors detect seizures among epileptic people. For instance, the Sleep-Safe pillow is made in a way that helps to prevent the blockage of airflow around an epileptic person’s mouth and nose. Therefore, mattress devices and anti-suffocation pillows are great examples of how technology is assisting doctors in detecting seizures.

5. The Use of Monitoring Cameras

Besides VNS therapy devices, wearable bracelets, smartwatches, and anti-suffocation pillows, monitoring cameras are the other technological breakthrough helping doctors detect seizures. They achieve this by monitoring the involuntary activities of an individual’s brain.

The monitoring camera with an infrared eye detects involuntary movements, including body shaking, while an individual is asleep and triggers an alarm. A great example of such cameras that help detect seizures is the Sami. Apart from sending an alert through the phone, this device can also send video recordings of the individual while experiencing a seizure. Ultimately, this allows the doctors to assess the seizures and precisely determine the severity level of the situation to take appropriate measures.

Read :   How Technology is Shaping the Auto Shipping Industry

As technological advancements continue to improve, more innovative devices will emerge that can assist patients with epilepsy. These technologies can alert caregivers and doctors, protecting individuals with epilepsy who are likely to experience seizures. Overly, the five ways technology assists doctors in detecting and responding to seizures are through Vagus Nerve Stimulation (VNS) therapy and monitoring cameras. Other ways include using mattress devices and anti-suffocation pillows, using smartwatches to detect seizures, and using wearable devices to detect seizures.

How Machine Learning is Transforming the Manufacturing Industry

admin - May 19, 2022
This article is about the Certified Information Security Manager online training course from CyberCoders, and how it's been designed to make learning about information...

7 Tips to Get the Most Out of Your SEO Agency

The Ultimate MythBusters for SEO in 2022: White Hat vs Black...

5 Things You Need to Know About 5G

Amazon Vs. Google Ads: Which Is Better for Businesses?

How to Applying For a Job With App, Is It Safe?

Why Field Promax is the Best Choice for Your Electrical Service...